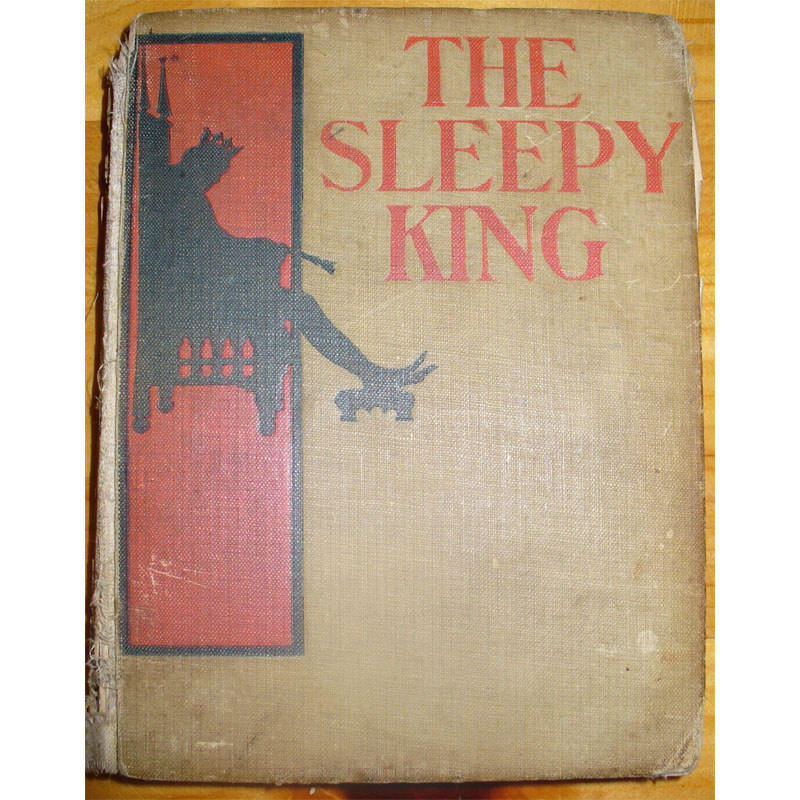 This story has no particular point, except to express my awe and astonishment that in light of today’s Kindles and Nooks and the like, real books – paper and glue and thread and pasteboard – could once have wielded so much influence, and that decades of (loving) animosity could result from the abstraction of just one of them. I wonder what modern book, in these days of touch-button entertainment and instant gratification, could inspire such depth of feeling. was born in 1908 in Brighton, Massachusetts, the first child of Frank and Hilda Gould; my mother, his sister Louise, dropped in a couple of years later. When my mother was 7, the family moved to Freeport, Maine; my grandfather had just acquired a job as a railway mail clerk, and Freeport gave him a convenient launching point for his route. He purchased a lovely old farmhouse with enough acreage for a vegetable garden, some fruit trees, cows and beehives. Included in the purchase was ownership of a prize-winning collection of hens and roosters, which garnered my grandfather many blue ribbons and travels to exotic places like Philadelphia and New York for poultry shows.

The family was not wealthy, but comfortably off. Their story would make a lovely period musical, I always think; there were colorful local characters, parades, ice cream parlors and trolleys and brass bands and fireworks, picnics at the seashore. My mother saw the last of Maine’s Mexican-American War Veterans as they paraded by in an open touring car; she practiced her piano lessons assiduously; she dominated the Freeport High School Girls’ Basketball Team, serving as Captain for the last three of her years there. She was a local belle, intellectually gifted, creative and ambitious. Photos of her at the time reveal a fashionably dressed, classically beautiful young woman. Her reading material was carefully scrutinized and controlled by her father; her scholarly ambitions were lovingly fostered by her mother; her daily life was pretty much dominated by her older brother.

Always, there ahead of her, was Uncle John. He was a wit, and a scholar, he had a nearly eidetic memory, a streak of inventive genius, a wonderful way with words. He constructed a toboggan run from his garret window over the kitchen ell, across the barn roof and onto the chicken shed and so on down to the sloping field beyond. He was a stringer for the local newspaper, and excelled in school, and was autocratic and pretty good-looking, and took up photography and engaged in public debate and oratory and lorded over his younger siblings. And always, I think, my mother Louise loved him, emulated him, envied him, and was arguably in every way his equal. And where, in those days, did one go from there?

Uncle John was sent to Bowdoin College, at the time an all-male institution, where he received a classical education, and which was a launching pad to great things. After college he established his own newspaper, began a lifetime career of writing clever and entertaining, even scholarly, books, had his own radio show, and devoted many years to writing a nationally syndicated column for The Christian Science Monitor.

My mother, after graduating from high school, entered Gorham Normal School, a teachers’ college of the time, where she went through a two-year program of pedagogical training. I know she hated it; I know she resented the fact that both my Uncle John and their younger brother, Frank, were sent to a prestigious shrine of learning, while she was shunted off to what was basically a two-year trade school. I know she loved and revered my grandfather. I also know that she suffered the tortures of the damned as an intellectually gifted, natural scholar who was routinely thwarted, circumvented and denied simply by virtue of being a girl: because the father who loved her dearly still regarded her as somehow less deserving than her brothers, less capable or at least less needful, of inferior worth in the scheme of things.  She actually had a brief teaching career after Normal School, which she pursued successfully until the day she encountered a handsome young itinerant guitar instructor, signed up for lessons,  and began a new chapter of her own. She later completed her education, earned her Bachelor’s degree and resumed teaching for quite a few years, but that’s another story.

Fairly early in Uncle John’s career, he published what became a highly successful book entitled, “Prenatal Care for Fathers.” It was glib, long on pictures, short on text, and the illustrations were taken, cut-and-paste fashion, from a copy of “Godey’s Lady’s Book.”  This was a bound compendium of a magazine published during the Civil War and beyond. It was an enormous collection of gothic romances and scholarly essays, recipes, dress patterns, household hints and pen and ink illustrations. Uncle John had cut it up and excerpted from it with no particular regard for ownership or venue.  It belonged to my mother.

Here the story gets a little murky, because my mother never really shared the facts with me or, so far as I know, with anyone. All I can truthfully say is that, not long after “Prenatal Care for Fathers” was published, my Uncle John’s cherished childhood copy of “The Sleepy King” vanished from my grandparents’ bookshelves.

“The Sleepy King” has been categorized as a “classic children’s story,” written by Aubrey Hopwood and Seymour Hicks, copyright 1900 by the Henry Altemus Company of Philadephia.  It was certainly a favorite of my Uncle John’s, who was still inquiring after it in the 1960s, many years after it had disappeared. It’s a relatively insipid fairy tale, but evidently much sought after; reprints are available at substantial prices, but you don’t actually find original editions because, presumably, very few of them exist.

“The Sleepy King” tells the story of little Bluebell and her cat; they fall through the turn-of-the-century equivalent of a rabbit hole and rescue the King who, under a curse, has been snoozing for lo, these many years. He continued to snooze through his exile in a brown paper wrapper in the bottom drawer of my mother’s silverware chest, through the mid-40s to the recent present. After my mother passed away, the King fell into my sister’s hands for a while, and then came to me. Here the book will stay, by the way; I choose not to restore it to Uncle John’s only remaining child, who may not even know or care that it exists.

The book will stay with me because I consider it a trust from my mother, whose “limit” button was finally pushed.

The King is awake now, sitting openly on my bookshelf. Where he goes from here is anybody’s guess.

Hilda Grant Jones is retired from the field of Communications for a professional association, and lives near the Atlantic Ocean in beautiful Kennebunk, Maine, U.S.A. Books are her passion, antiques are her obsession, and antique books are bounty from the gods!