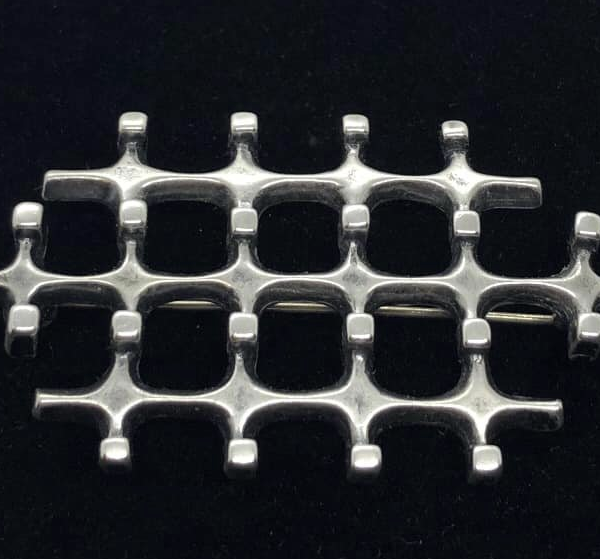 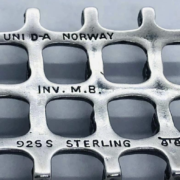 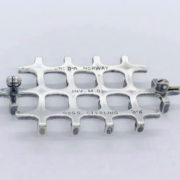 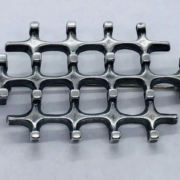 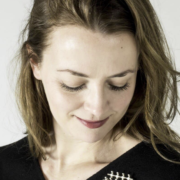 This large Brooch ( 2.5 inches wide ) was made by David-Andersen and designed by Marianne Berg around the 1960’s
Marianne Berg was born in Norway in 1935. She trained in metalsmithing using both carat gold and sterling silver in her early work. Her career took a fortuitous turn in the 1960s when she began designing silver jewellery for the famed David-Andersen workshop.
Uni David-Andersen, the great-granddaughter of David Andersen, opened a workshop in 1959. She independently created collections of jewellery while still contributing to the family business. Marianne Berg also worked with Uni in her shop designing jewellery as did other respected female silver artisans like Unn Tangerud.
Among Marianne Berg’s most famous designs are those she did for the “Troll Series” as part of a team of designers who worked for David-Andersen and Uni David-Andersen. According to author Ginger Moro in “European Designer Jewellery,” these were produced as earrings, necklaces, and pin designs. Marianne Berg was active as a designer and metalsmith at least through the 1970s, .email steveosbornocs@hotmail.com