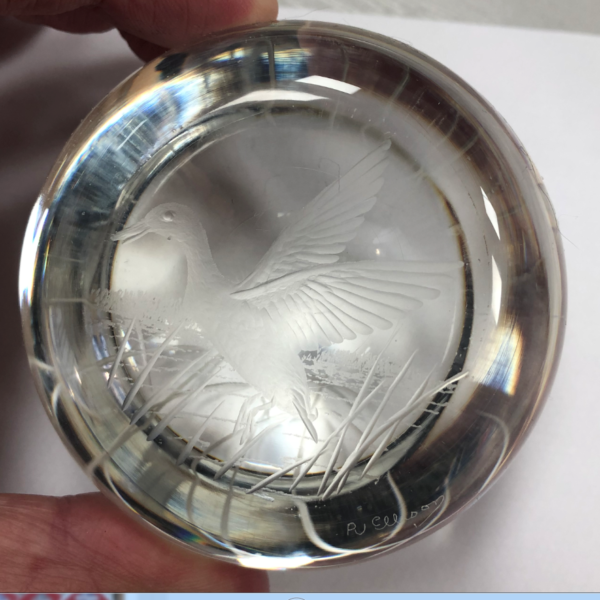 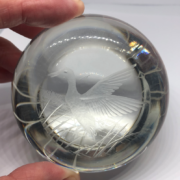 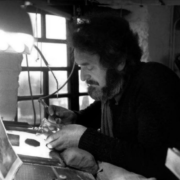 An engraved paperweight signed by Robert Ellison.
Robert Ellison and the Meadow Glass Studio, Neston, was formed in the early 1970s. There are thought to be some 60 items engraved by Robert Ellison in the Royal collections, and an engraved vase was presented to HM The Queen on the occasion of the launching of HM Invincible.One of R.ELLISON pieces went to Christie’s with an Estimate of £150 – £200
($268 – $357) but sold for £502 ($895) Shipping in the UK £10 USA £15
Last photo is Bob , Robert Ellison at work , he passed away in 2015 .