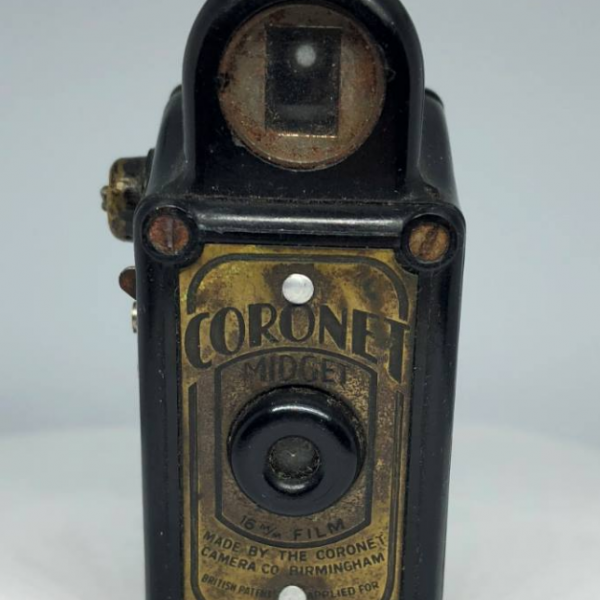 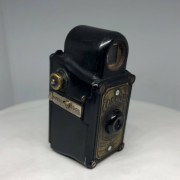 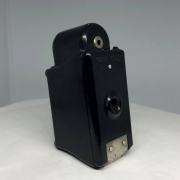 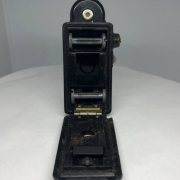 A great piece of History , the shutter works but not sure if this would take picture without a restore . Sold not working .
The Coronet Midget Camera was made in Birmingham, England from 1934 ( This one was purchased in 1935) The Coronet Camera Co. was established around 1921 by Frederick John Pettifer and its first product was a simple card-board camera supplied complete with processing chemicals, printing frame and printing paper. Around 1925-1926 a 127 roll film camera was produced and by1928 the company had begun producing better quality box and folding roll film cameras. In1933 the company had audited net sales figures of 510,000 cameras and it advertised “We believe that this figure is greater than the combined total sales of all British owned and controlled camera companies”. With the success of its earlier products, and a move to the production of a popular cine camera and projector, the company introduced the Midget camera in 1934 for 5 shillings and 6 pence. email steveosbornocs@hotmail.com .