An introduction to Royal Doulton 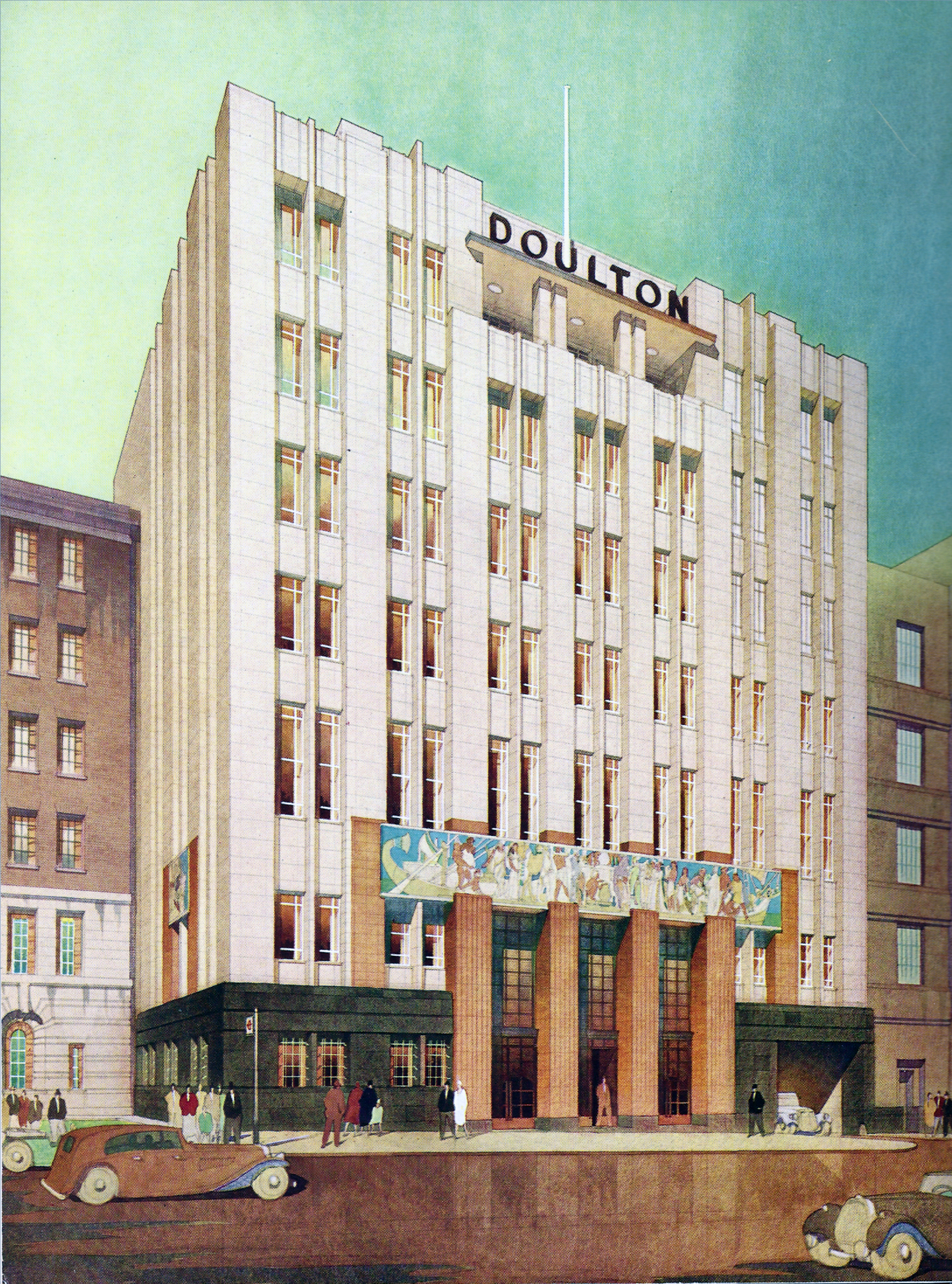 An introduction to Royal Doulton by Christopher Evans It was not until the London International Exhibition of 1862 that Doulton & Co made any attempt at producing what we know as art-wares, but for this exhibition they moved beyond the traditional style of Toby jugs and drainpipes they had been producing to include a small selection of simply decorated vases and jugs. In 1866 George Tinworth a student from the Lambeth School of Art came to work at the factory. Then, for the first time in 1871 Doulton & Co exhibited their Art Pottery at the International Exhibition at Kensington. 70 pieces were presented, many by Tinworth and some by an existing pupil at the Lambeth School of Art, Hannah Barlow. The new Art Wares were greeted with overwhelming enthusiasm and Queen Victoria ordered examples to be brought to her at Windsor Castle. Over the next 20 years the number of artists at the Lambeth factory grew into hundreds and Doulton Ware as it became known was being exhibited at consecutive exhibitions and gaining great international acclaim and winning many Encouraged by the great success of the Lambeth wares, in 1877 Henry Doulton embarked on a new venture in the heart of the Potteries in Stoke-on-Trent when he bought an interest in the old established Pinder, Bourne & Co pottery of Nile Street, Burslem. In 1882 Pinder retired and the firm was re-named Doulton & Co. As with Lambeth artists, those who were gathering at Burslem were allowed every opportunity for the expression of their individual talents and assisted by the strong traditions in Staffordshire. This artistic freedom, recounted by Charles Noke who would become Doulton’s most famous Art Director in Burslem, was supported by Henry Doulton being ‘like a fresh sea breeze…invigorating, challenging, and demanding’.

During the late 19th Century awards and medals continued to be bestowed upon Doulton & Co and in 1885 Henry Doulton was awarded the Albert Medal in recognition “of the impulse given by him for the production of artistic pottery”. Two years later he was knighted by Queen Victoria. On his death Henry was succeeded by his son Henry Lewis Doulton, under whose leadership the firm was awarded the Royal Warrant in 1901 and subsequently the company Royal Doulton emerged.

The ideal set out by Henry Doulton that “you can get a good price for a fine thing more easily than you can get a poor price for a bad thing” certainly rings true to this day and the thousands of collectors around the world who collect the old and the new, show that there is still great demand for Doulton Wares – and long may it continue.